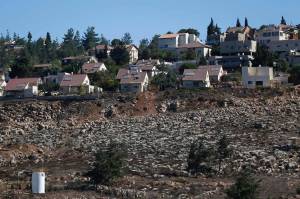 In our last blog, we looked at the Palestinian struggle in the West Bank and Gaza areas. Not a good scene.

Regardless of where they came from or their claims, the Palestinians are human beings living in the midst of an ongoing and unresolved struggle. As of this past week, it appears matters will get worse. The incoming Trump administration appears to be plowing ahead to move the US Embassy to Jerusalem under the leadership of Ambassador to Israel nominee David Friedman who rejects a two-state solution to the Israeli-Palestinian struggle. Friedman supports Israel annexing a large section of the West Bank. Such a move would effectively eliminate a Palestinian state. Once again, the Palestinians could be pushed against the wall.

Building on the information I sketched out last week, let’s look at Gaza City. Nearly two years after the 50-Day War, the Gaza Strip remains in ruins. Piles of broken concrete are everywhere. Because of the fear of new violence, international donors haven’t met their pledges. Out of the nearly 18,000 destroyed homes hardly a single house has been rebuilt. One reason is that sacks of cement ended up on Gaza’s black market and much of the substance for building has been used in creating militant’s attack tunnels. Bags of the mix sit untouched. A year ago, it was estimated that 37,000 tons of cement still sat unused in warehouses. After authorities get through blaming each other, families without homes are still living in tents in refugee camps!

Camp life isn’t exactly positive (to say the least). For example, in the Shuafat Refugee Camp there are no laws in spite of the fact, the camp is near Jerusalem. Life is marginal.

And who is to blame? It’s easy to say Israel created the mess, but that’s a vast over simplification. Yasser Arafat had a national state in hand and walked out of the conference because his actual objective was the total destruction of Israel. What prompted the 50-Day war was Palestinian militants firing rockets from the Gaza Strip into Israel. Tit-for-tat leaves the blame on both sides.

The leadership of Hamas and Hezbullah are equally guilty. The leadership of these groups has emptied their coffers into their own pockets, making themselves extraordinarily wealth while nothing is spent on the human needs of their Palestinian followers. Their one goal is the same as was Arafat’s.

Are the Israelis insensitive to this situation? Many are. But they would answer that Arab knife attacks on their children and women gives them no reason to worry about their enemy’s well-being. The “knife intifada” continues to this day.

And so the immigrations out of this land continue while the death toll mounts.

The coming months do not appear good for the Palestinians. And they remain human beings worthy of our concern. The time has come to transcend politics, but will we? Probably not.

Merry Christmas from the West Bank.