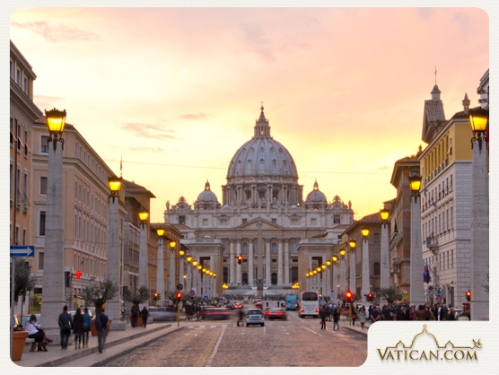 It’s a little bumpy writing this blog as I am flying over the Alps, returning from Rome. For the past week, I’ve been in audiences with Pope Francis and involved in discussions on Church unity.  Pope Francis has a vision for “unity without uniformity.” He recognizes that the wide diversity of belief and convictions that exist today cannot become one, but at the same time we can still, as he puts it, “learn to walk together.” My relationship with the Pope is an example of this vision because I am a Protestant Archbishop and he is the leader of the Roman Catholic Church. Because of these recent conversations, I am sending this one message through both my Middle East and Miracles channels.

Following the death of my fellow bishop and dear brother Tony Palmer, the Pope asked me to take his place as his Apostolic Representative for Christian Unity. My task is to work to bring unity between  Catholics, Protestant, and Jews. I continue in this mission in addition to writing books and blogs such as this one.

Last week, I was in a discussion with Pope Francis when he made a surprising observation. He noted that we are now in World War III which is unfolding in many  different places at the same time; significantly different from World War II.  I was taken back by his description of worldwide conflicts as a singular war. I ask him how Christians might respond to this conflict and he said, “Pray! Pray without ceasing. Because peace is a gift from God… pray.”

I reflected on the simplicity of this response. Was the matter really this simple? Just pray? And then I remembered an irony, not often examined. When my wife Margueritte was a girl, she attended a parochial school.  The Sisters had the children pray at least once every day for the conversion of the Soviet Union. Surely a nice, but ineffective idea. Nevertheless, Margueritte and her friends prayed fervently everyday for the end of atheistic Communism.

Of course, you know what happened. Almost without fanfare, the Soviet Union collapsed, the Berlin Wall fell, and atheism in Russia was defeated. No one paused to reflect on an unexpected factor. Little children as well as their parents praying without ceasing for an end to the Soviet system and atheism.

Critics will scoff and skeptics will sneer, but the facts remain the facts. Little children prayed for peace and it came. The Pope’s response to my inquiry had significant historic backing. Rather than simplistic, it was to the point in reflecting on the need of the hour.

In these past ten days while I was in Rome, we had terrorist attacks in England and France. Innocent people were killed in this undeclared World War III. Is it not time for us and our churches to pray for peace?

I believe the key phrase is pray without ceasing. I don’t want you to read this blog and then set it aside. My hope is that you decide to utter daily prayers for peace in our time. You will be doing far more than you ever thought possible.

The time to start is this moment.