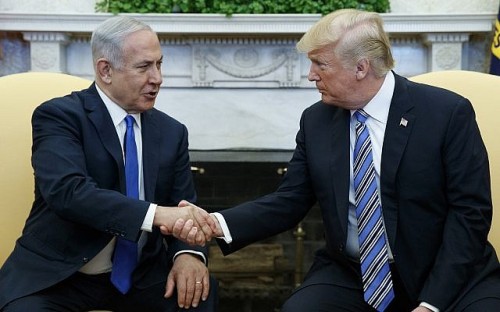 Isaiah 5: 22-23 says, “Woe to those … who acquit the guilty for a bribe, and deprive the innocent of his right!” Israelis have always taken such biblical injunctions seriously. Now the Prime Minister is having to ponder the same.

Benjamin Netanyahu is in his fourth term as prime minister, having been in office for a total of 12 years. In response to the police charges against him, he said, “I feel a deep obligation to continue to lead Israel in a way that will ensure our future.”

However, none of Netanyahu’s statements contest the actual charges brought against him. Involved in this dispute is Arnon Milchan who the police also recommend be charged with bribery.

On February 20th, the story broke that an adviser of Netanyahu offered the job of attorney-general to former judge Hila Gerstl in 2015 in exchange for a commitment to close the criminal probe against Sara Netanyahu, the Prime Minister’s wife.

Avichai Mandelbit wound up as the Attorney-General and has informed Sara Netanyahu he plans to indict her. At this time, it appears she will appear before him and try to convince him of her innocence.

Netanyahu’s “long arm” Shlomo Filber has signed a state’s witness deal as part of the police investigation. The now suspended Communications Ministry Director-General has been allegedly involved in a deal to sell telecommunications company options and influence. His testimony is expected to incriminate the Prime Minister.

Former Prime Minister Ehud Barak called on Netanyahu to declare incapacitation. Barak said, “These are difficult and sad hours, but it is also a moment of truth and a moment of trial for us all.”

As noted in earlier blogs, it is up to the Attorney General either to act or retreat from the police charges. This procedure can take months. During the delay there is no legal impediment to force the Prime Minister from office. Undoubtedly, there will be demonstrations, but unless such protests go over the top, Netanyahu will stay in his position.

Where’s all this going? Remember that statement by Richard Nixon, “ your president is not a crook.” That was what he said just before he was forced to resign and would have been indicted if Gerald Ford had not pardoned him. Does the Netanyahu scandal have a scent of that past debacle? Strange smells are floating through the air.

You remember that old joke? How can you tell when a politician is lying? It’s whenever his mouth is moving.