ANGER IN THE MIDDLE EAST 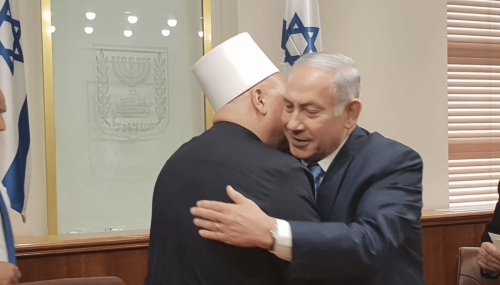 WISE ON THE MIDDLE EAST Each week Robert L. Wise, PhD., explores the Middle Eastern situation, ranging from Egypt through Jordan, Syria, Lebanon, Israel and the  surrounding area. Wise first traveled to Israel and the neighboring countries in 1968. Two of his sons taught in Jordan and Lebanon universities. Wise presents an objective view of the behind the scenes situation in these countries.

Last week we took a look at Israel’s new Nation-State Law that has upset the Arabs and Druze population within Israel. The anger that has boiled over reflects a number of issues now simmering in the region. While this new law was a ‘big deal” to a majority of Israelis, it is seen as exclusive and divisive by both the Arabs and Druze communities within the country.

Israel  has never had a constitution because the religious parties oppose such a document unless it is based on the Torah. The “Basic Laws” document grants universal rights to the citizens and serves much the same purpose. Consequently, this new law pushes the rights of Jews while leaving out these other two groups.

How one feels about the situation depends on one’s presuppositions. Firm supporters of Israel’s right to be a state unto itself will see no problems. On the other hand, people who favor inclusiveness and want no one pushed into a second-class status will not be happy. One side will believe Israel has a right to declare such laws; the other side will cry apartheid.

That’s where the anger starts to get confrontational.

Across the way in Egypt, a Cairo court sentenced 75 people to death for their involvement in the 2013 sit-in protests in Cairo. This included leaders in the now outlawed Muslim Brotherhood. Eight-hundred and seventeen people were killed when security forces broke up the demonstration. You can bet anger will abound!

A photojournalist received a five year sentence for taking pictures of the anti-government protests. He plans to appeal. Amnesty International said the court’s decision was disgraceful and noted that not a single police officer had been brought to trial for killing at least 900 people in the Raban and Nahda protests. They saw the trial as a mockery of justice.

Shortly after the 2013 demonstrations, General Abdel el-Sisi ran for president virtually unopposed and won 97% of the vote. The hope had been that he would softening these crackdowns, but that has not been the case. Such has not followed.

Much like the divided opinion in Israel, Egypt has a great deal of anger that continues to simmer over this situation. In the Middle East, anger does not tend to evaporate and just go away. There will be more to come!