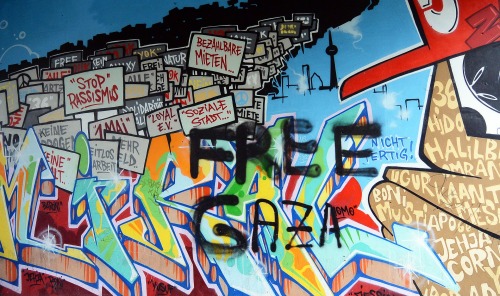 Tensions between Israelis and the Palestinians is easy to understand. The Palestinians say you took our land. Israelis say you left when the Arab world tried to annihilated us in 1948 immediately after we declared independence. You left; we stayed. And so the arguments goes on and on.

Because of the Holocaust, Israelis have been particularly sensitive about inclusion and racial conflict. They have always stood for tolerance. Jewish groups in the United States have been outspoken on this problem.

However, the Intifadas unleashed on Israeli citizens have only increased Jewish hatred for the Palestinians. Bombings in public buses have been curtailed with the building of the wall around Israel, but the most recent knife attacks on citizens only deepened distrust, fear, and hatred. When I was in Israel a few months ago, I witnessed an increase in prejudice and distrust of Palestinians. The tension is high.

Now add the complaint of the Ethiopians. On June 30, an unarmed Ethiopian young man was shot and killed by the police. Across the entire country protests rang out, forcing a national reckoning with how the blacks are treated in Israel, especially by the police. The country came to a standstill with protesters blocking roads and highways.

“The man is a murderer,” said Tekah’s father about the policeman who shot his son. “How did he kill my son in cold blood? He was a child.”

A tiny minority of 100,000 in a country of 9 million, the killing of 18-year old Solomon Tekah has emboldened the black community to speak out. You don’t have to talk to many blacks to hear stories of abuse by the police. One black said, “They know we don’t have money for lawyers. They know we can’t defend ourselves.” Israeli officials acknowledge a longstanding problem of aggressive tactics in response to minor violations. The police acknowledge the problem.

“We came (to Israel) because of Zionism, this is also our country, we are soldiers and police officers and we never killed anyone in cold blood,” Tekah said. “We demand that justice and the law are done.”

The Ethiopians are Jews that trace their roots back to the tribe of Dan and were flown into Israel by El Al when the government created Aliya by also gathering in Jews from Russia. They practice a form of Judaism that dates back to the first Temple destroyed 2,500 years ago.

In contrast. Israeli newspapers such as The Times of Israel condemned President Trump’s racist attacks on Democratic congresswomen. Yossi Beiln, a former justice minister, and Ayman Odeh, a politician, noted Trump’s family came from German only a generation back in 1885.

Yossi Beilin lamented Trump’s decision to “bring Israel into this matter,” arguing that it will cause considerable damage to the historically bipartisan support for the Jewish state.

Racism is troubling. Not only for Israel, but the entire world needs to take a second look at how people with differences are treated.