There’s an old saying. “Two Jews; Three opinions.” Today in Israel there appears to be a hundred different opinions. It is not clear whether Benjamin Netanyahu is still the Prime Minister of Israel. The struggle is intense and not fully decided. Prime-minister-designate Naftali Bennetti appears to have forced a new government. (Only so it appears).

On Friday, counter-protesters also showed up to support the new coalition which will first be led by Bennett and then, from August 2023, by Lapid. Netanyahu’s Likud is also to meet Sunday. Netanyahu has urged all right-wingers in the “change coalition” to abandon it, and instead back him.

“We are of course fighting until the last moment,” Likud minister and close Netanyahu loyalist Tzachi Hanegbi said on Friday afternoon. “It’s not only about Netanyahu. We are a political camp with vast public support.  If the government s sworn in, we’ll of course act, in opposition, according to all the well-known rules. We’ll be] a fighting opposition. But until then, if there is a chance to prevent the establishment of a government based on votes that were stolen from the right, we of course will act to try to prevent it.”

Knesset speaker, Levin can legally delay a vote on the new government for a week or more, giving Netanyahu’s Likud party more time to try to peel away rebels from the right-wing factions of the unity coalition.

Hundreds took part in the rallies, a day after Lapid officially declared that he can form a government, which Prime Minister Benjamin Netanyahu and his right-wing religious bloc are seeking to pressure lawmakers from Yamina and the fellow right-wing New Hope party to oppose. If formed, the government would end the premier’s run of 12 consecutive years in office and relegate his Likud party and allied factions to the opposition.

The demonstrations against the so-called “change government” have been particularly intense in recent days, taking place outside the homes of prospective ministers, including Bennett, the Yamina lawmakers and Meretz’s Tamar Zandberg. The hecklers have included pro-Netanyahu activists, right-wing families of terror victims and young members of the national-religious camp.

On Thursday morning the Shin Bet security service said its unit that protects the top officials of the state, Unit 730, had placed a security detail around Bennett, the coalition-to-be’s first prime minister.

All this make sense to you? Probably not unless you are an Israeli and then you’d probably be confused. The recent war with Hamas demonstrated that after three elections with a fourth coming ups, the current government is vulnerable.  This political weakness is a major reason why there is a current push to remove Netanyahu. Will the Bennett coalition succeed?

I Marched with Patton: A Firsthand Account of World War II

Alongside One of the U.S. Army’s Greatest Generals!

You can find I MARCHED WITH PATTON on Amazon.

You can find 82 DAYS ON OKINAWA on Amazon. 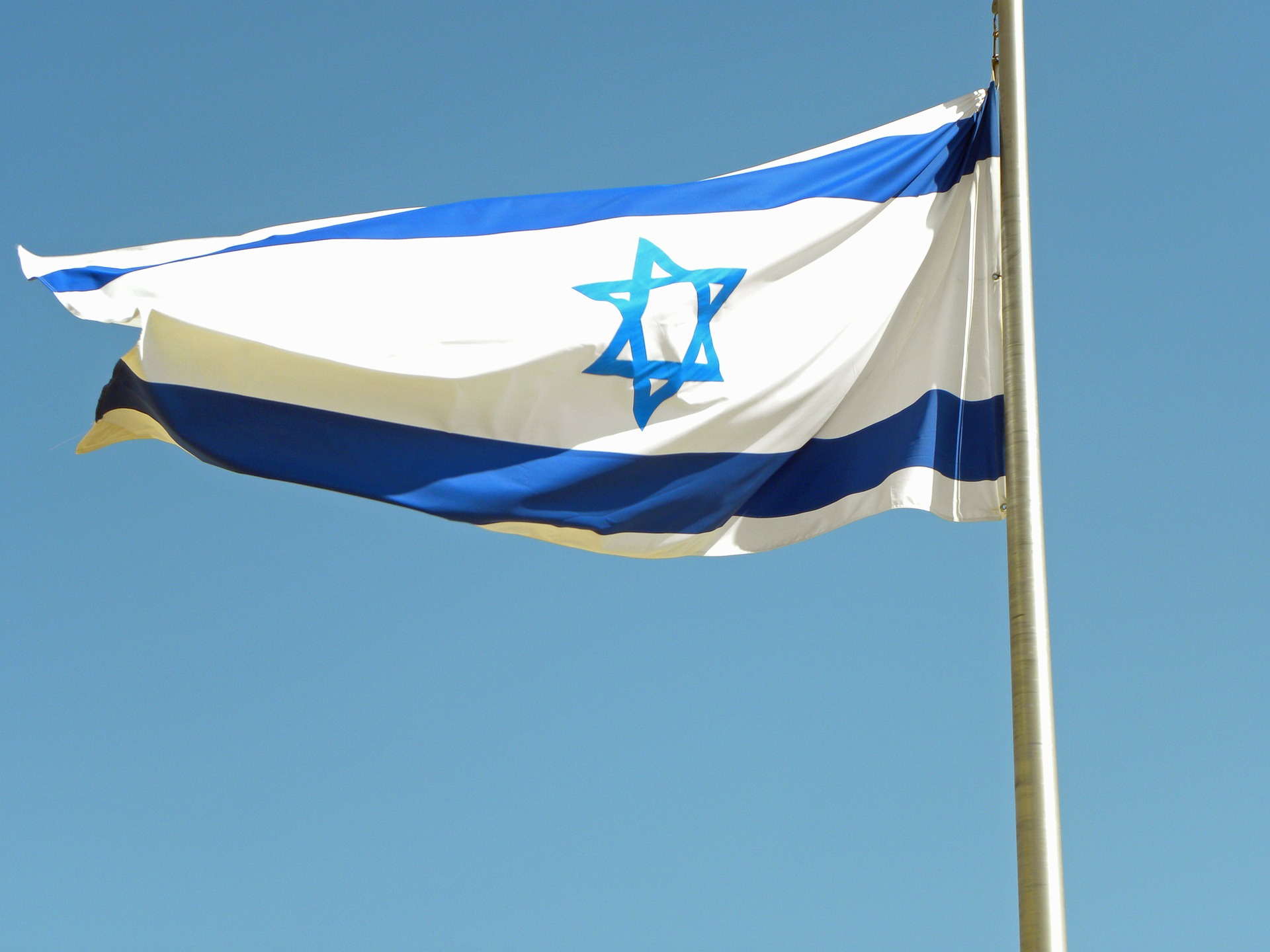 Because the impending Trump Impeachment Inquiry grabbed the headlines, the story in Israel hasn’t even been reported in the national media. Even though it hasn’t been a headline grabber, the situation remains fascinating … and highly muddled.

Israeli President Reuven Rivlin on Wednesday proposed a unity government in which power would be equally divided. Likud’s Netanyahu and Blue and White chief Benny Gantz would each serve two years as prime minister. Netanyahu would take an open-ended leave of absence if and when he is indicted in three criminal probes. Under the arrangement Gantz, as “interim prime minister,” would enjoy all prime ministerial authority.

Why not? The two candidates virtually tied in the election. Gantz won 33 seats and Netanyahu’s Likud’s took 32 seats. Neither side had a clear path to a majority coalition. One of the problems in the election was Netanyahu’s forming a government including right-wing and Orthodox religious parties. The public clearly wants the religious groups out of the government. However, Netanyahu knows he can’t function without their support.

Negotiating teams for Likud and Blue and White groups met Friday morning for ongoing talks over a potential unity government between the two parties, but made little headway, with each side appearing chiefly concerned with avoiding any blame for a collapse of negotiations.

For its part, Blue and White said in a statement that it was concerned with “principles and values” as “the foundation of any negotiation” while Likud was chiefly concerned with Netanyahu remaining prime minister. Observers said it was clear Likud’s stance was aimed at dragging the State of Israel into a third round of elections, and that lined up with the interests of the prime minister. Despite the tense mood, the sides agreed to meet again on Sunday morning.

President Rivling stressed Wednesday that Israelis do not want a third round of elections, saying “the public will pay the price” of a failure by Netanyahu and Gantz to find common ground. However, observers currently believe Netanyahu may be stalling, ready to force another election. Why? Only by being able to control the Knesset does Netanyahu have any chance of avoiding facing serious legal charges. He’s not going to throw in the towel easily.

The fact that Netanyahu can’t form a government or win the election is viewed within Israel as somewhat of a rejection of President Trump. Netanyahu had vigorously campaigned with pictures of himself standing with Trump but this didn’t work to win the election.

What’s next? Who knows! Sure beats most of what’s on television.

You might find my collection of Holy Land experiences to be helpful.
BIBLE LANDS: An illustrated Guide to Scriptural Places
Barbpir books Publishers 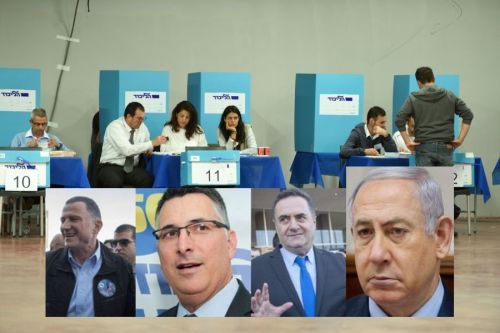 WISE ON THE MIDDLE EAST ~ Each week Robert L. Wise, PhD, explores the Middle Eastern situation, ranging from Egypt through Jordan, Syria, Lebanon, Israel and the surrounding area. Wise first traveled to Israel and the neighboring countries in 1968. Two of his sons taught in Jordan and Lebanon universities. Wise presents an objective view of the behind the scenes situation in these countries.

Let’s take a further look beyond where we were last week. The coming Israeli elections on April 9 are the hot topic of the day. I will be leaving this week for Israel and will come back with an even closer look at the situation. All of which also means that I won’t be doing another blog until March 3.

The question that is becoming the pressing issue is how Prime Minister Netanyahu will endure in the battle for the office he now occupies. The current thinking is that Netanyahu will win barring a major upset. Likud (his party) already holds a substantial lead in the Knesset. As reported last week the unknown entity is whether Attorney General Avichai Mandelblit will quickly press charges of corruption against Netanyahu. This dark cloud hangs over Netanyahu’s campaign.

Always heated, Israeli elections have fierce backroom negotiations between the many parties in the country. A major bombshell exploded when Avi Gabbay terminated his partnership with Tzipi Lvini (a former Mossad operative) that killed the Zionist Union party. Livini is now frantically searching for a new alliance. Gabbay’s vindictive treatment of the woman made him look mean and Livini deserving of sympathy. We will see how that goes.

A highly interesting new candidate is retired general Benny Gatz. Looking like a movie star, Gatz is well-known and liked throughout the country. A centrist, Gatz has yet to clarify his exact political position. Some supporters caution him to remain vague, but the anti-Netanyahu element wants him to purpose a center-left position they believe will take the day.

As you may know, Israel has more political parties than Carter has liver pills. New ones are being invented for this election. The Jewish Home party collapsed and came back as the New Right. Gatz’s group invented the Israel Resilience party. Of course, there’s always the religious Zionists and Orthodox Jews groups.

How does all of this play out? Actually, all of these groups will split the vote and that could make the Likud party come out on top with Netanyahu winning.  The proliferation of parties provides power for the Prime Minister. Of course, it is far too early in the game for any sane predictions how the next 60 days will play out, but it’s going to be interesting to watch.

See ya’ when I get back from Jerusalem. 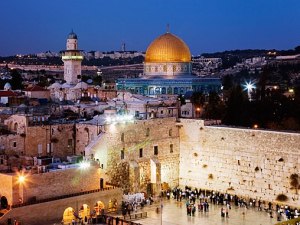 With the election a week away, I have been asked by a number of people how the candidates are seen in Israel and what is expected after the winner is in office. Of course, no one is taking polls in Israel so certainty is not possible. In these blogs, I attempt to present a balanced view that may be contrary to my own opinion. This blog is intended to do the same.

It doesn’t take a prophet to recognize the race is over. However, figuring out who- believes-what has been a challenge because of the name calling, lying, distortions, and detractions aimed at creating an angry electorate. The latest charge to derail real debate is coping and fondling. (Not by Hillary) Never-the-less, Israelites are drawing their own conclusions.

While it has not come out as a campaign issue, both candidates’ daughters are married to Jewish men.

Trump is seen as having no coherent foreign policy. Fundamentally an isolationist, America is first regardless. He appears to accept Russia’s annexation of Crimea, and doesn’t see the Ukraine as important to America. NATO gets support only when everybody pays up. His support from the Jews has always been wobbly.

Clinton is seen as a hawk with overwhelming foreign policy experience from her years as Secretary of State. Even though she later said it was for political reasons, she did vote for the Iraq war. As secretary, she supported the surge of American troops in Afghanistan. Israelis conclude she has demonstrated a willingness to use a muscular approach to the military. This position was displayed in her support for Syrian rebels, support of a no-fly zone in the civil war, and a regime change in Libya.

Regime changes usually lead to support for nation-building. Clinton appears to hold that idea. The problem for Israelis is that they must draw conclusions by inference because the volatile presidential campaign and personal attacks have obscured any debate on these positions.

Obama reminds unpopular and suspect in Israel. His back-peddling in Syria has allowed the Russians to take an upper hand. He appears to have deployed American military only after forced to do so. His position has been to rely on diplomatic solutions and the call for other nations to join America before acting. Obviously, this has dramatically failed in Syria and made Israelis shutter.

Clinton’s worldview is vastly different. Her tendencies are seen as far more interventionists. She holds a “responsibility to protect” perspective. She favors imposing restrictions on Russia for their attacks in the Ukraine as well as a reset of relations with Russia. The hacking into the American election process by Russia reflects their fear of how she might respond to them

Is this good for Israel? The Israelis think so.