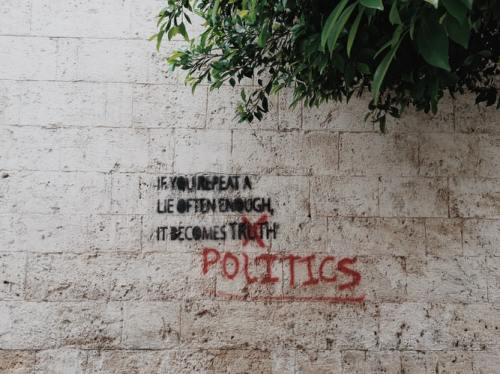 The trial of Benjamin Netanyahu on charges of bribery and other criminal charges is underway with fireworks to follow. This week Netanyahu blasted the police and prosecutor’s office.

Flanked by ministers and lawmakers from his Likud party, Netanyahu delivered lengthy televised remarks before the start of the hearing at the Jerusalem District Court, ripping into police and prosecutors as he became the first Israeli premier to stand trial on criminal charges while in office, and declaring that all his right-wing supporters were on trial along with him. He said, “I’m not a poodle… and therefore they need to remove me by any means.”

Opposition leader Yair Lapid on Sunday evening decried as a “horror show” the speech Prime Minister Benjamin Netanyahu made just before entering the opening hearing of his corruption trial, and said it confirmed that a criminal defendant cannot serve as Israel’s leader. He noted that, “Israel’s prime minister stood and said people can’t trust police, the prosecution or the court,” the Yesh Atid-Telem party leader said. “What happens to an Israeli citizen who hears him and thinks he’s right? Are we supposed to close the country and throw away the key?

“I have been saying for more than 18 months that someone who sits on the defendant’s bench cannot also be the prime minister. Today we got a demonstration why that principle is correct. It was a horror show by a frightened man who is telling Israel’s citizens that they cannot trust anything here, with followers standing behind him and saying amen,” Lapid charged.

He also argued the premier and his loyalists were seeking to intimidate the judges.

A Supreme Court justice, in a ruling published Wednesday, took the unusual step of criticizing the fact that Benjamin Netanyahu is serving as prime minister while under indictment.

“The reality in which a criminal suspect forms a government and leads it reflects a social crisis and moral failure of society and of Israel’s political system,” Judge Menahem (Meni) Mazuz wrote in the full response to petitions that sought to prevent Netanyahu from forming a government due to the criminal charges against him.

Justice Anat Baron appeared to concur with Mazuz, writing in her response, “The petitioners and others like them are frustrated that the head of the State of Israel is someone who is facing a serious indictment. This is indeed an unusual situation in the democratic landscape, some would say dangerous.”

Who said watching Israeli politics is not fun… well, maybe not fun, but certainly interesting. You can bet there’s more to come!