THE SUMMER OF DISCONTENT IN ISRAEL 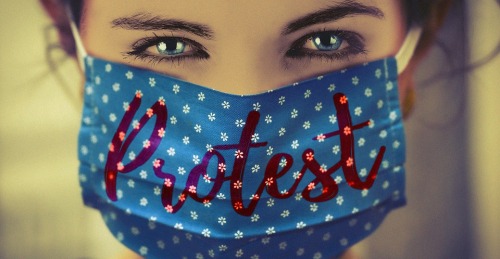 THE SUMMER OF DISCONTENT IN ISRAEL

Everywhere one looks struggle, confusion, and despondency prevail. With American elections coming up, the TV viewer is berouged by negative and often lying political commercials. Are Americans alone in this quagmire? Afraid not. Look at public opinion in Israel.

The danger to democracy looms larger than security threat, poll says; majority see Netanyahu’s handling of the coronavirus as ‘poor’ and most oppose new elections. Israelis perceive the threat to the nation’s democracy as looming larger than the external security threat, according to an Israeli survey published Wednesday.

The Israel Democracy Institute survey found that only 38 percent of the respondents felt optimistic about the future of democratic governance in Israel, with 54% pessimistic. This compared to 59% who are optimistic about national security, with 35% pessimistic. Just over half (51%) give Prime Minister Benjamin Netanyahu a “poor” or “not good” grade for his personal and ethical behavior. Netanyahu is on trial for fraud, breach of trust and for accepting bribes. A slightly lower number of respondents, 45%, said his performance handling the coronavirus crisis and running the government was “not good” or “poor.”

During the first wave of the coronavirus pandemic, a majority of interviewees expressed high trust in Netanyahu’s handling of the crisis. Today, with a second wave of the outbreak shaking the nation, only a minority gave him a grade of “good” or “excellent” in that domain: 27% for Jews and 18% for Arabs, the report on the survey said. Netanyahu’s handling of the nation’s security policy is, however, still approved by most, with 56% of respondents giving him a grade of “good” or “excellent.

Amid recent chatter about the possibility of the coalition breaking apart, the data shows that the majority of voters from all parties oppose new elections, with right-wing voters wanting it the least, the report said.. The data showed that only 25% of Jewish Israelis and 43% Arab Israelis support dismantling the current government and going to new elections at the end of 2020.

You can’t make everybody happy, but Israel is certainly filled with plenty who aren’t positive or content. Where will it all go? Stay tuned.